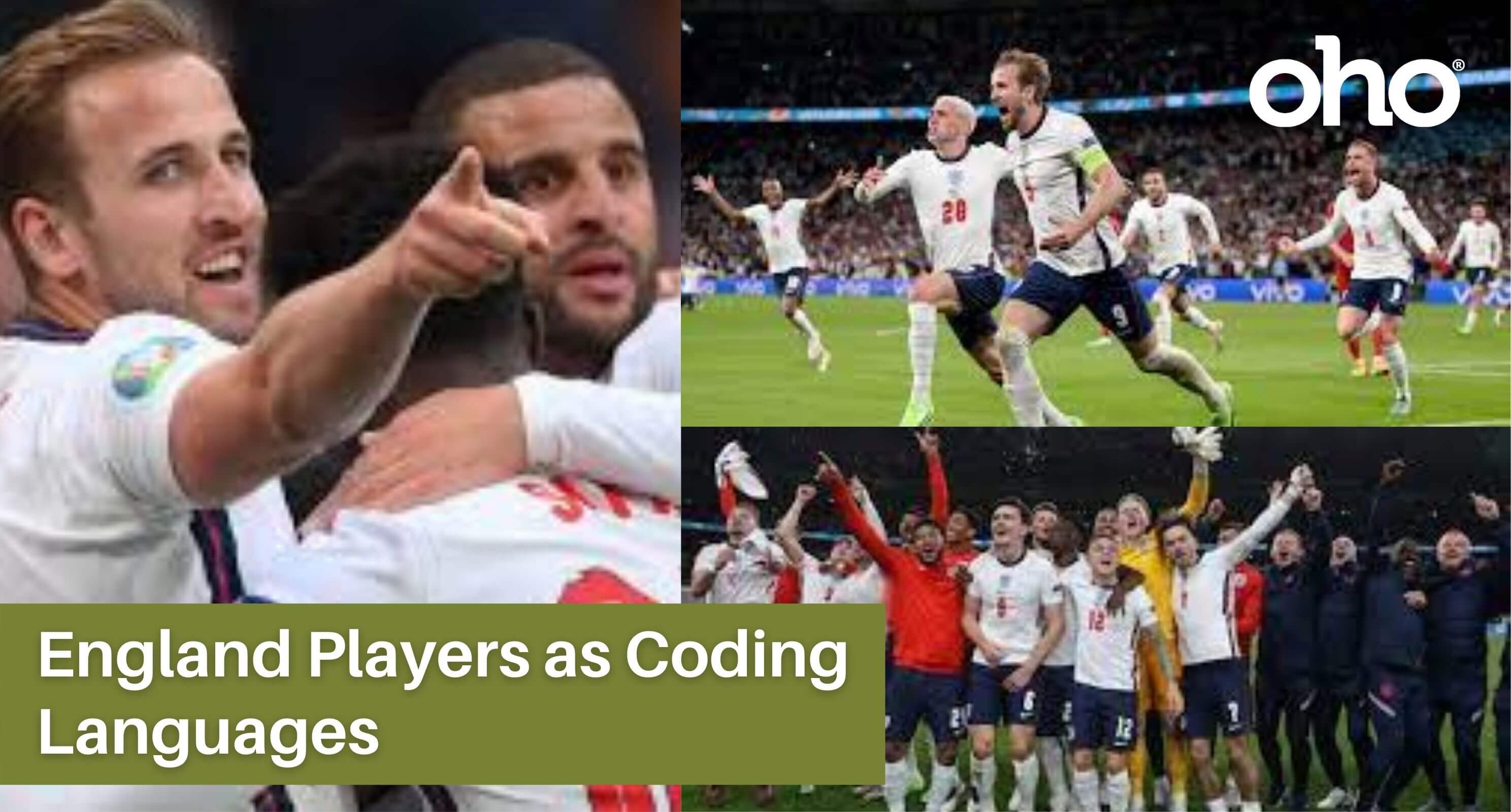 Is your favourite player Functional or Full-Stack?

Jordan Pickford: Binary. Sticks to ones and zeros

Harry Maguire: C#. Plays for a massive club that many love to hate, but underpins pretty much everything the team does

John Stones: Java. At their respective clubs, Maguire’s biggest rival. Does a pretty similar job to him, although (some would argue) not quite as well

Declan Rice: Perl. You won’t notice him, or really appreciate his work. But trust us, he’s doing important stuff behind the scenes

Kalvin Phillips: Python. The engine room of the team, pops up all over the pitch, tackles pretty much everything

Bukayo Saka: Javascript. When the team’s moving and looking good, he’s probably had something to do with it

Mason Mount: PHP/Ruby. Versatile and, on his day, really useful. A good learner, and popular in the trendier parts of London

Raheem Sterling: Scala. He’s been around a while but always seems to need to prove his worth. Suddenly, though, everyone’s jumping on the bandwagon

Harry Kane: C++. Has reinvented himself a few times. Despite his detractors, unparalleled reliability

Jack Grealish: HTML. The people’s favourite, everyone knows him, and he’s all about appearances

Jordan Henderson: C. The old-timer who brings everyone else together. Even if he’s not directly involved, great lad to have around the camp

Kieran Trippier: Flutter. Bilingual, can play on either side, a delivery expert

Jude Bellingham: Elm. Let’s be honest, not many of you had heard of him a year ago, but undoubtedly the next generation

Tyrone Mings: Visual Basic. Solid performer and he does a job, but you’d definitely rather have Maguire

DCL: SQL. Great at what he does, but a little one-dimensional. Football has arguably moved on from his style of play

Gareth Southgate: Fortran. Many thought he was finished in the 1990s, but his popularity has surged in recent years