Growth in Hiring for the UK Tech Sector 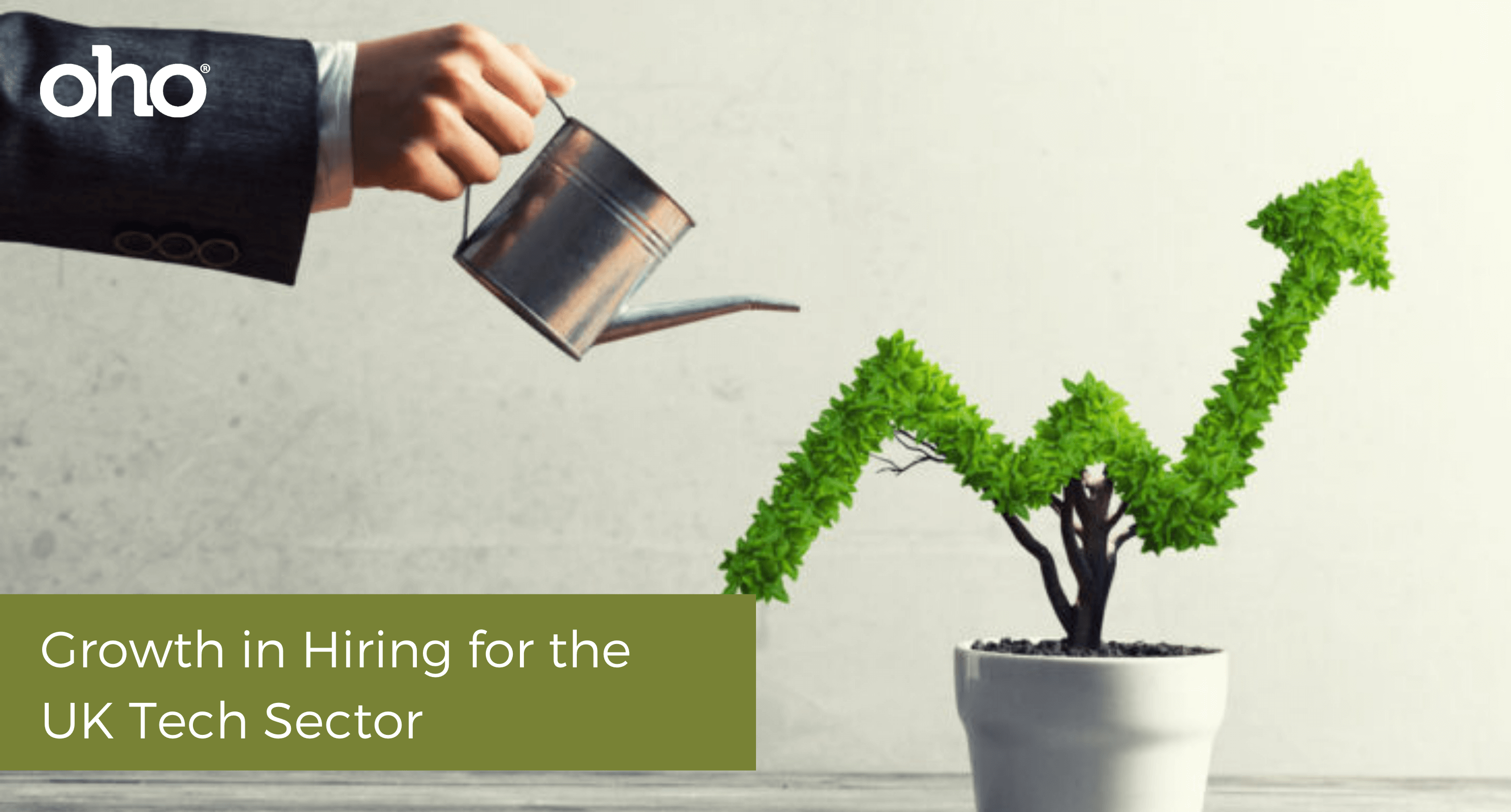 2020 was a record-breaking year for investment into the UK’s most innovative technology companies, with $15bn being poured into the sector. The figure is $200m higher than the level of investment in 2019, and crescendoed towards the end of the year with $1.9bn being invested in December alone.

However, investment predominantly came from overseas, with 63% of total investment and 84% of $250m+ funding rounds coming from abroad. London also increased its share of total UK VC investment to 88%, up from 73% in 2018.

The UK tech investment trend continued through the opening months of 2021, with February’s overall deal activity rising 10.37% compared to the average level over the past 12 months. The month saw 149 deals worth $8.18bn announced, compared to the average of 135. While venture financing accounted for the largest number of deals (77, or 51.7% of the total), the 55 M&A deals accounted for the bulk of deal value, at $6.79bn. Renesas Electronics’ acquisition of Dialog Semiconductor was the month’s largest deal at $5.9bn.

The UK’s cyber security sector in particular rose above expectations. The Department for Digital, Culture, Media and Sport’s (DCMS) UK Cyber Security Sectoral Analysis report (2021) revealed that 2020 was a record year for UK cyber security investment. Over £967m was raised in 93 deals, including £821m across 73 deals invested into dedicated cyber security firms - double the amount that was invested in cyber-specific companies in 2019.

This investment influx has buoyed the UK tech sector’s confidence, and hiring has picked up pace. Data from KPMG showed that employment in the sector rose in Q1 2021 at the fastest rate since Q2 2019. Confidence in the sector’s 12-month business outlook is also at its highest level since Q2 2014. Andrew Hunter, Co-Founder of Adzuna, commented in Tech Nation’s 2021 Report that the end of 2020 saw “over 85,000 tech jobs being advertised, just a fraction shy of pre-pandemic levels.”

The Tech Nation report lists the tech roles that are currently most in-demand, based on the numbers of vacancies with a specific job title compared to the number of professionals seeking jobs matching that title. Top of the list is .Net Developers, who constitute 0.86% of the tech candidate pool but are sought by 7.77% of job openings, and have a 0.14 candidate:vacancy ratio. DevOps Engineers account for 1.53% of the candidate market but 5.57% of employer demand, while Project Managers and Full Stack Developers have 0.39 and 0.5 candidate:vacancy ratios respectively.

The trend reflects an increase in employment across the UK, with Office of National Statistics (ONS) data showing a 4.8% fall in unemployment between January and March 2021. However, concerns abound that the UK’s ongoing digital skills shortage will stymie the tech sector’s growth in the long run, with Bev White of Harvey Nash telling Tech Republic that “almost half (46%) of tech professionals in the South and London reported that they had moved to the UK from abroad.”

At Oho, we have experienced a substantial increase in hiring activity among our clients as the market is recovering from 2020. Our Senior Consultant Jade Blagg comments:

“Tech companies are really ramping up and showing no signs of slowing down any time soon with a lot of clients planning constant hiring for the foreseeable future not just for the rest of quarter. The demand for tech geniuses is increasing at a rate we haven’t seen in the market for a long time.”

Again, cyber security was a key sub-sector for UK tech employment. 46,683 Full Time Equivalents (FTEs) are estimated to work in a cyber security role, up 9% from 2019’s figure of 42,855. London, the South East and the East of England combined accounted for 84% of cyber security employment.

Are you a tech professional interested in working for one of the UK’s greatest innovators? Upload your CV on our website to speak to one of our consultants.

Given this expansion in hiring demand from UK technology’s greatest innovators, Oho Group has ramped up its own hiring plans.

Since the second half of 2020 we’ve welcomed 7 new starters into the business, and we’re looking to expand further still in 2021. If you’re passionate about driving the future of technological innovation with us, visit our careers page to find out more information. 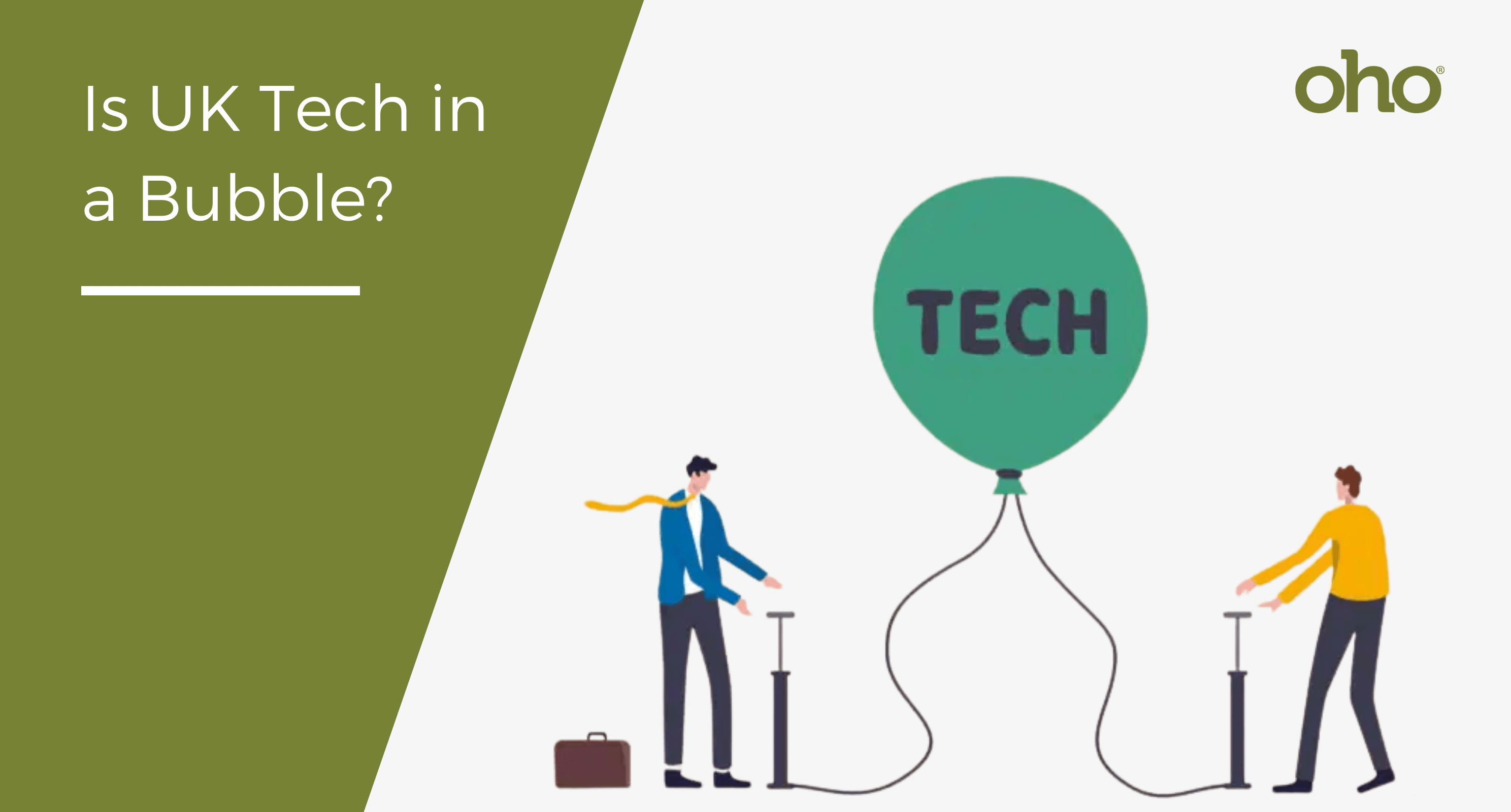 Is UK Tech in a Bubble?

How The Internet Of Things Will Embed Within The 2020 Marketplace

Oho Reviews The Impact Of AI On The 2020 Jobs Market