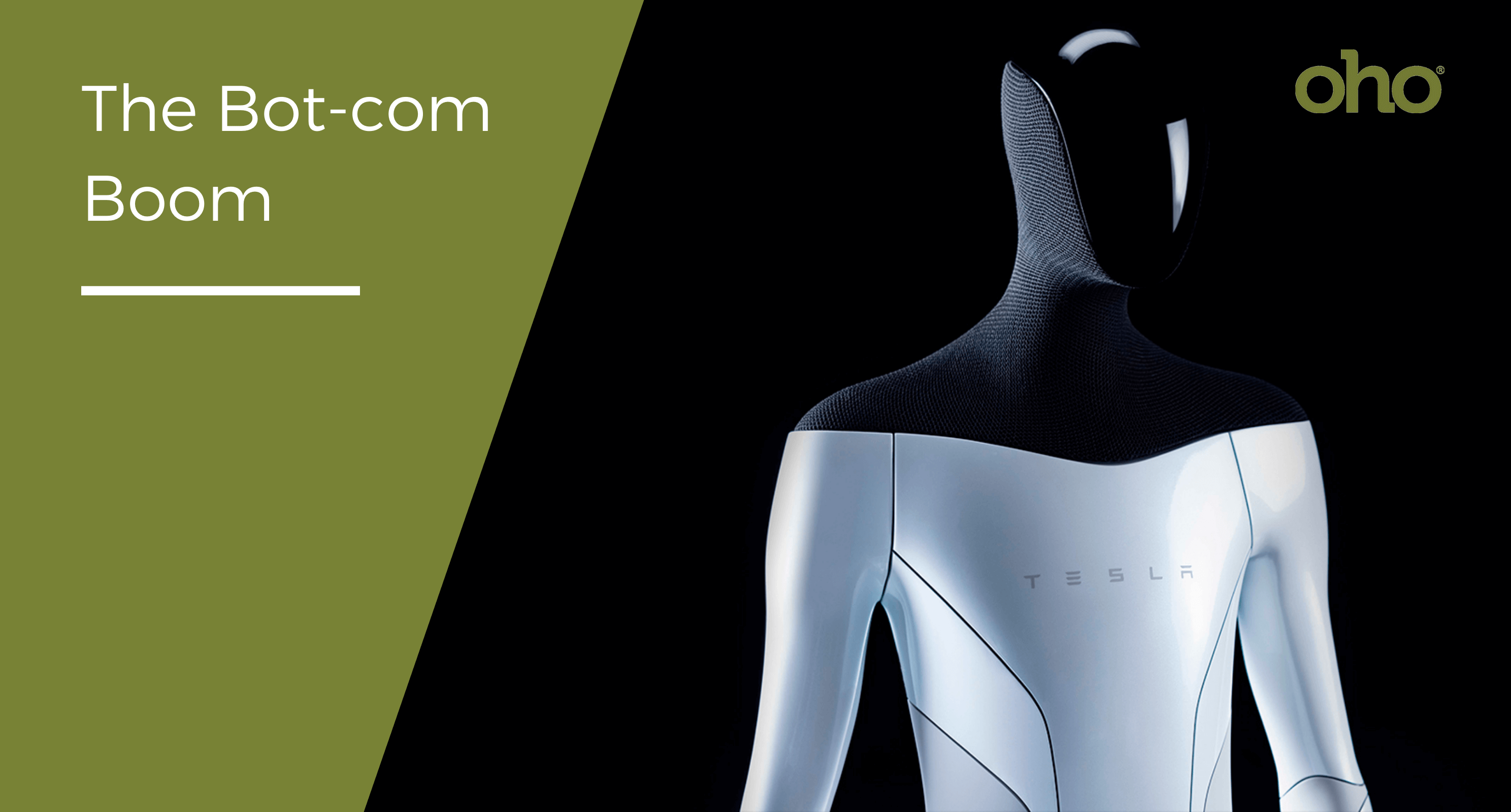 Tesla’s AI Day on 19 August introduced a new face to the world. Actually, “face” is a stretch. Tesla Bot, Elon Musk’s latest brainchild, actually has a shiny, blank, black-glass screen where a human’s face might be. Otherwise, the 5ft 8in, 125 pound robot is eerily human. Somewhere between Desmond Miles in his Assassin’s Creed gear and a stormtrooper.

Even “robot” is stretching it here. What Musk unveiled at the show was actually a person dressed up in the creepy robo-suit and dancing around a bit, but the real deal is coming - next year, according to Musk. Apparently, the robot will carry a superficial resemblance to the robots from the film I, Robot, based on Isaac Asimov’s classic novel. The similarities may be more than skin deep.

Musk believes that Tesla Bot symbolises a future in which physical work would be a human choice, and that these robots could replace much of it, as well as dull, repetitive chores like grocery shopping. “In the long term,” he said, “I do think there needs to be universal basic income. But not right now because the robot doesn’t work.”

Tesla Bot isn’t guaranteed to rule the robotic roost, however. Technology’s greatest innovators the world over are joining the race to lead the bot-com boom.

Atlas, from MIT spinoff Boston Dynamics, has grabbed attention for its agility and ability to complete Parkour courses and perform acrobatic stunts like handstands, forward rolls and 360 degree spins.

As Boston Dynamics makes clear, Atlas is an R&D platform specifically built to test the limits of robotic mobility and agility. The products of the research at Boston Dynamics are often less eye-catching, but more commercially applicable. The company also produces Spot, Stretch and Pick, automated robots for use in construction and warehouse settings. Pick, for example, uses sophisticated computer vision technology to identify and unload cartons from mixed pallets.

Toyota’s humanoid robot T-HR3 has been around in concept form for many years, but got a run-out this year at the olympics where it could be seen high-fiving and chatting with the athletes. The humanoid robot is controlled by a person wearing an interactive suit and a VR headset, and it can pick up and manipulate objects nimbly with the operator being nowhere near.

Toyota also produced mascot robots, Miraitowa and Someity, for the Olympic and Paralympic Games. Controlled in a similar way to T-HR3, the robots can recognise people and interact with arm movements.

Sarcos Robotics has built a battery powered industrial robot exoskeleton, Guardian XO. The suit boosts the physical capabilities of its wearer, to be able to safely lift and manipulate weights of up to 90kg without fatigue or strain.

The Karlsruhe Institute of Technology is working on an ongoing project to create a robot that can provide general assistance to humans. Its latest incarnation, ARMAR-6, uses sophisticated AI capabilities to recognise the needs of its human colleagues, and can provide assistance in construction environments.

At present, Meltin’s two products are both remotely operated by human controllers. MELTANT-α, a concept cyborg, responds in 0.02 seconds to the movements of its operator, which are completely intuitive and require no training. Because of how closely the technology mimics human anatomy, MELTANT-α is capable of performing highly dexterous tasks with intuitive levels of control. For example, it can pick up an egg without cracking it.

MELTANT-β is a beta robot being tested for use in hazardous work environments, such as extremely hot or cold conditions, or environments including hazardous chemicals or other dangerous substances.

The company’s bio-signal processing algorithm can read the electric signals that pass through our nerves, and mimic the movements with robotic limbs and digits. It can interpret signals designatic open hands and closed fists, scissoring motions with the fingers, bending the thumb and wrist, and composite movements involving several of these at once.

At present, the signals the software reads run through the nerves of the operator. Is it too science fiction of us to imagine that one day this technology could lead to fully-operable prosthetic limbs? Meltin don’t give much away on their website, besides a cryptic hint that their ultimate vision is to create “cyborg technology to transcend the physical limitations of our bodies.”