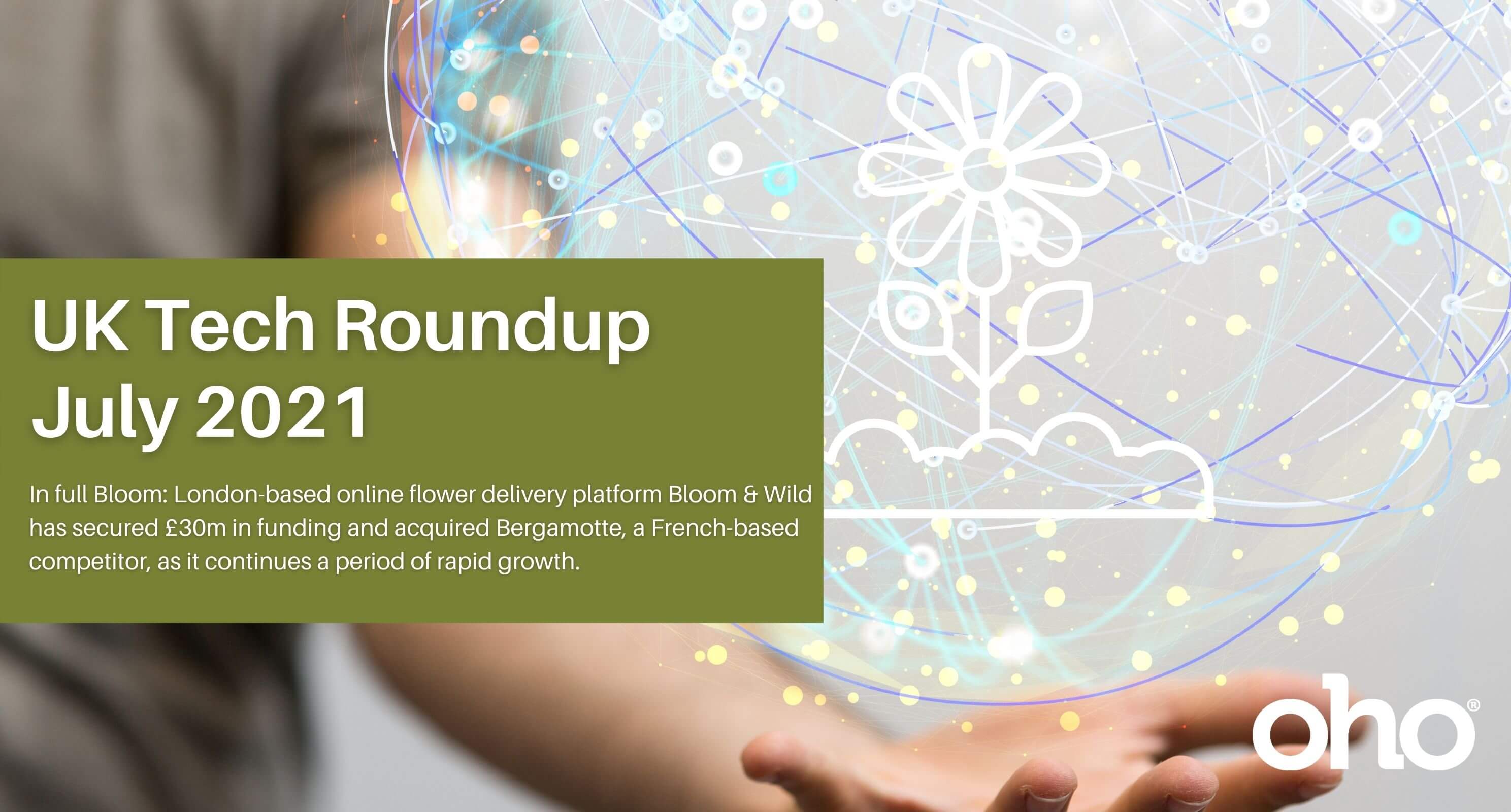 London-based online flower delivery platform Bloom & Wild has secured £30m in funding and acquired Bergamotte, a French-based competitor, as it continues a period of rapid growth.

The acquisition is set to increase Bloom & Wild’s foothold in Europe’s £22bn flower and house plant market, and is expected to double the company’s revenue on the continent.

Bloom & Wild CEO and co-founder Aron Gelbard said “We are rapidly extending our leadership of the European online flower and house plant market through the combination of strong organic growth and selective acquisitions.”

A report from law firm Pinsent Masons suggesting that the gender pay gap (GPG) in UK technology, media and telecoms (TMT) is beginning to shrink, and that progressive recruitment holds the key to closing it still further.

Since companies over 250 people in size were first obliged to report quarterly data on male and female salaries, the difference between how much men and women are paid in TMT companies has shrunk from 19% to 18%. This is slow progress, but an improvement on infrastructure and financial services where women are paid on average 20% less than men. It lags, however, behind the manufacturing and energy sectors.

BT Group’s TechWomen programme, which has so far welcomed 1,700 female employees, was highlighted as an example of the kinds of progressive practices that can reduce the GPG. The programme provides career development guidance to women in technical, commercial and operational roles.

The future fund: breakthrough scheme seeks to bolster private investment into technology’s greatest innovators fields such as clean energy and life sciences. Quantum computing is another field which could benefit from the fund as the Treasury looks to turn the UK into a “science superpower.”

Firms will need to be based in the UK and seeking at least £30m for development of breakthrough products that can “solve some of society’s greatest problems.” The fund is intended to operate alongside private investment: firms must be able to demonstrate that they have already secured commitments for at least 70% of their funding round and to have already raised at least £5m without state assistance. The fund will therefore likely be of most benefit to companies at Series B stage or later.

Sunak said “Technology and innovation will be at the heart of our future economy which is why we are investing billions in R&D,” government spending on which is expected to hit £14.9bn for 2021 and 2022.

Not to be outdone by the British government, Asian and Middle Eastern investors have invested record amounts in the UK’s tech sector through the first six months of 2021.

£1.7bn, led by the likes of Japan’s Softbank, GIC and Temasek from Singapore and Tencent Holdings, the Chinese tech and investment giant, flooded in to UK tech companies to form 13.2% of total UK investments from January to June.

Figures for the year to date are currently double the £1bn equivalent for the whole of 2020.

As rumours rumbled that Jack Grealish could become British football’s most expensive transfer ever, the city of Manchester was already quietly accumulating a flock of highly-paid stars.

The north western powerhouse looks set to go silicone supernova as it emerged that Manchester is the most impactful tech hub outside London, according to digital learning company Fire Tech.

21% of the country’s tech jobs outside the capital are located in Manchester, with the company coming joint third on the list of average tech salaries at £57,500 (behind London, on £72,500, and Edinburgh on £67,500; level with Leeds).

Hubs outside London typically suffer from a lack of awareness of their tech roles, however, with 74% of respondents to a survey of over 2,000 tech workers revealing that 74% believe they would need to relocate to London to find a job in tech.