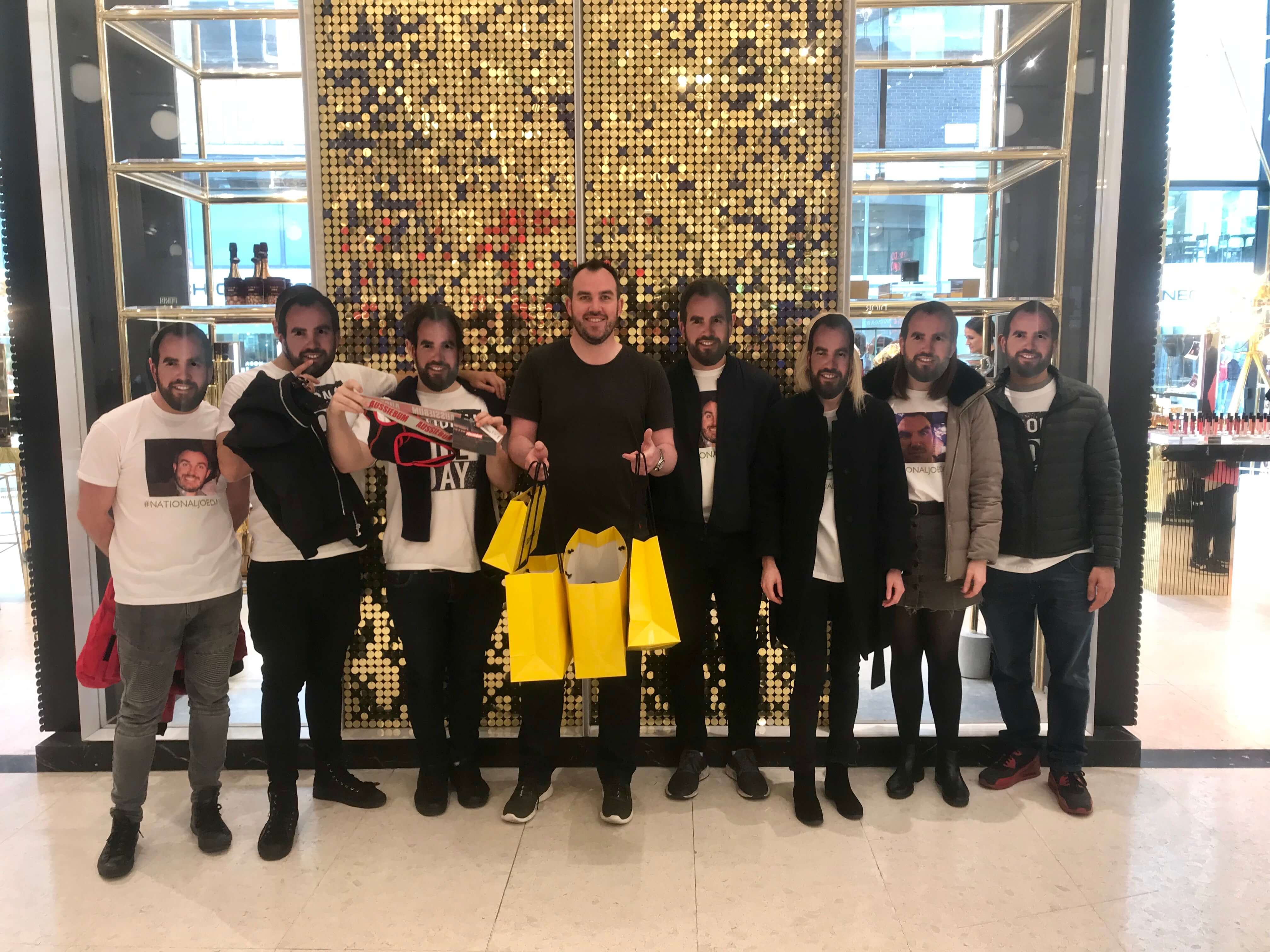 From Graduate to Sales Director, Joe Gray earnt a whole day of celebrations after dedicating 10 years to OHO group.

Employees are your company's greatest asset. It is important to invest in them, acknowledge their contribution and give back, ensuring that they are valued. 2019 marked Sales Director, Joe Gray’s 10th year with London-based technology recruitment agency - OHO Group. In order to celebrate this momentous occasion, OHO Group dedicated an entire day to Joe, a celebration… with a twist!

Joe joined the company in 2009 having graduated from Edinburgh University. The past 10 years have seen Joe rise through the ranks to his current position of Sales Director. The team at OHO Group describe Joe as being a fantastic manager, great leader and motivator. A master at keeping the balance between pushing his team to realise their potential and ensuring the environment is inspiring, fun and enjoyable. Joe’s sense of humour, attitude to work and all-round personality mean that he’s great value both in and out of the office.

Joe arrived at OHO Group HQ at 8:30am on Friday morning, prepared for a normal day in the office. Much to his surprise, he was greeted by a room full of Joe Grays! The team had donned Joe masks and special t-shirts which signified the beginning of National Joe Day.

Over the years, OHO Group have really come to know Joe and so planned a day filled with challenges that both played to and against his strengths, whilst involving and entertaining the wider team. 9am saw Joe guzzling down a pint of Guinness right before finding himself in the boxing ring at 9:15am. His opponent? A semi-professional boxer! Don’t fret, Joe is no amateur. After being triumphant in the ring at last year’s charity Recruitment Fight Night, he was up to the task.

After a wonderful victory, Joe was hurried to Selfridges at 11:30am to be presented with his next challenge. With help from his army of Joes, he was given the demanding and strenuous quest of spending £1000, as quickly as possible. The timer was set to tick off the task in under twenty minutes.

Joe was given a moment to catch his breath and relax at 12:15pm. He joined the Founder and Director of OHO Group, Roger Wilkinson for a spot of lunch at the Cinnamon Club. An opportunity to reflect and plan for the next 10 years!

The fun didn’t stop there. Joe is always quiz master and master of the quiz. In order to acknowledge this, challenges 4 and 5 were all about quizzes. It was the company against Joe answering questions on a topic that everyone should know everything about, especially on National Joe day… Joe! The fun continued into the late hours of the evening after heading the local pub for the company’s big pub quiz – hosted by none other than Joe and was a great way to cap off a fantastic day.

Joe Said: “Thanks to everyone at the Oho Group for an awesome 10 years; it’s been a blast! To say I was surprised by my anniversary celebrations is a massive understatement but it’s great to feel really valued and it was awesome way to celebrate the milestone. Thanks to the company for all the generosity and to every person that has made the last decade an incredible journey.“