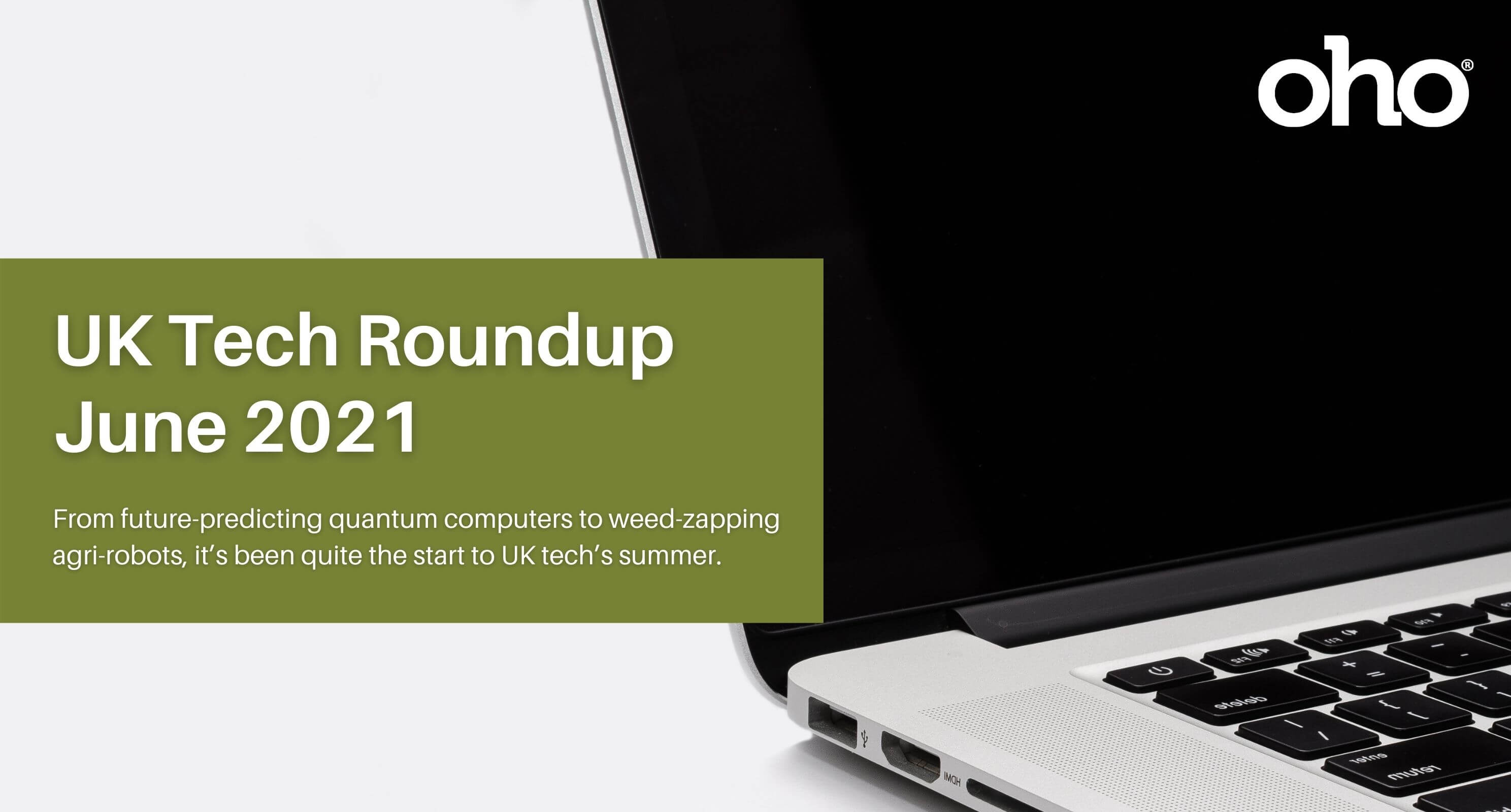 From future-predicting quantum computers to weed-zapping agri-robots, it’s been quite the start to UK tech’s summer.

From future-predicting quantum computers to weed-zapping agri-robots, it’s been quite the start to UK tech’s summer.

The future is here, and it’s… predictable

The new business entity will be led by CQC CEO Ilyas Khan and its UK headquarters will be in Cambridge, with Broomfield, Colorado, serving as its US base. Honeywell is investing $300m into the venture, in which CQC shareholders will own a 46% stake.

The chips are down

The Society of Motor Manufacturers (SMMT) announced output of 54,962 vehicles in the month: a more than tenfold increase on May 2020’s equivalent figure, but a 52.6% decrease from 2019 and 58% below the five-year average.

Having been forced to pause production at its Castle Bromwich and Halewood plants earlier in the year, Jaguar Land Rover has just been forced into temporarily halting work at its plant in Nitra, Slovakia, where the Defender 4X4 is produced.

JLR chief financial officer Adrian Mardell said it could be “six, nine or 12 months” until production is fully back on the road.

SRC has already expanded testing of an AI-guided, weed-zapping robot named Dick this month, and will now commence a pilot project to test its monitoring robot, Tom, along with PES Technologies’ soil health sensor.

SRC’s President and co-founder Sam Watson Jones said that developing soil health systems at scale is a top priority, adding that he sees the tech as “vital for food security.”

UK meditech startup Babylon Health looks set to list in the US via a merger with special purpose acquisition company (SPAC) Alkuri Global Acquisition that could value the company at $4.2bn.

Babylon was one of the first movers in a telehealth scene that came into its own during the pandemic. With in-person interaction heavily disincentivised, platforms like Babylon allowed patients to consult with doctors remotely.

Babylon’s London hub currently employs 903 people in the UK according to LinkedIn, with another 270 and 152 employees in the US and Canada respectively.

Amazon Prime Day in June 2021 was a record year for small retailers, and the sector has enjoyed a productive lockdown in the UK and overseas.

Ocado could face stiffer competition for its online groceries, however, with Tesco rolling out trials of its 60-minute Whoosh delivery service to London and Bristol in June as a direct competitor to Sainsbury’s Chop Chop service.